The stadium has served as the Home of the Razorbacks since its establishment in 1938.

The capacity of Razorback Stadium is currently 72,000 that can be increased with temporary bleacher seats to 80,000. 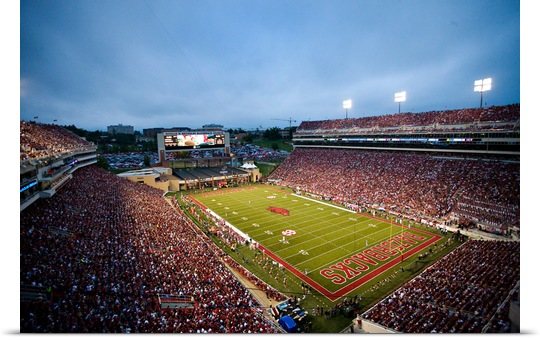 The stadium has hosted over 200 Razorbacks football games over the years and will continue far into the future.

Members of the SEC